This opposite poem almost didn't survive my messy office! All creative people are messy, right?

I visited Salk Elementary School here in Mesa and talked to all the fourth graders about writing poetry. It was so much fun. Their teacher, Mr. Self, is a writer himself and these kids know their stuff. I wish I could have had Mr. Self in 4th grade.

We wrote a poem together that I promised to post. Then, oops, I put it in a safe place. Yikes. When I went to post it, it wasn’t in any of my usual safe places. I turned my office upside down. No poem. I was sure it was gone forever. I even wrote to Mr. Self to see if I’d left behind in the classroom.  I was sick over disappointing the students and losing the poem.

When I visit elementary schools, I don’t talk about my steamy romantic books for teens. I share my goofy kids’ poems, and we write an opposite poem together. I’m having fun sharing them with you.

So, I finally cleaned up my office--that is always creatively messy--and I found the poem!!! I was so excited. So today, I get to share it with you, along with these beautiful posters the students made to welcome me.

What’s the opposite
of I don’t know?
That’s in my brain
when I stir my cocoa.
As the marshmellows melt
and with my tongue I felt
the warm sweet goo
that I want to chew,
a light goes on
and wisdom starts to dawn:
When I don’t know,
I can look, learn, and grow. 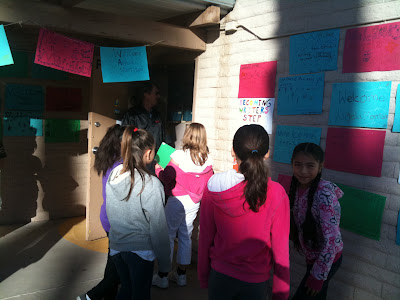 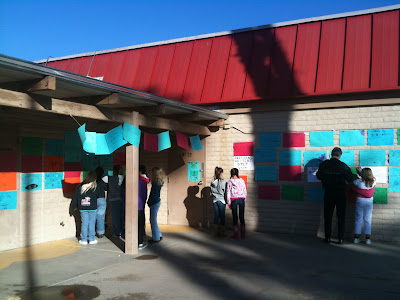 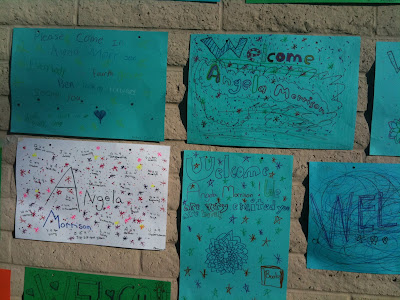 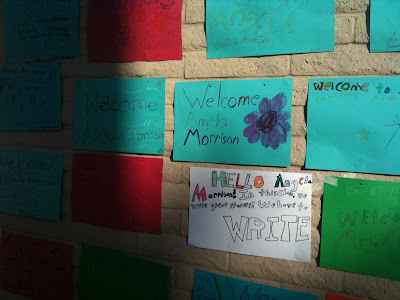 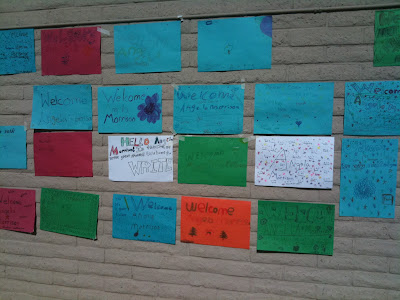 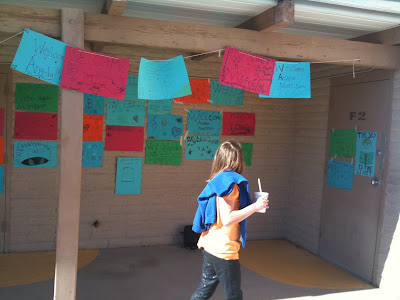 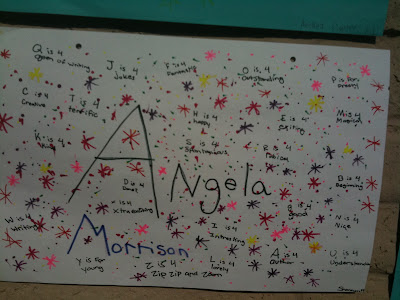 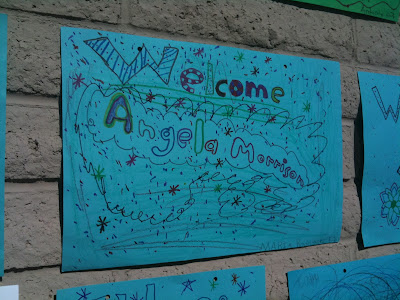 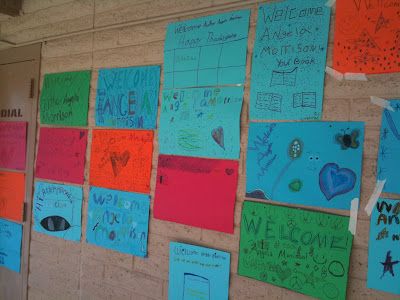 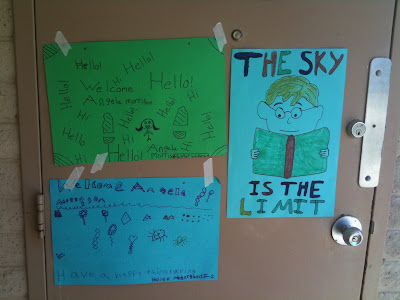 Posted by Angela at 5:43 PM No comments:

What's the Opposite of Chewbacca?

An opposite poem starts with brainstorming. I was visiting a class, and the students called out words with opposites to use for our poem. "Big, high, old, messy, stinky . . . " Kids always exhaust the words they've learned to recite as opposites quickly. Good. Then we moved on to words that don't have a specific opposite, "Elephant, cotton candy, sunshine, bunnies. . . " One student waved his hand high in the air and shouted, "Chewbacca!"


We didn't write the poem as a group, but I couldn't help writing an opposite poem searching for the opposite of Chewbacca. Will you help me finish it?

What's the Opposite of Chewbacca

What's the opposite of Chewbacca?
Those furry mini dudes who run and walk-a
all over Endor's forest moon?
Gosh, that movie was over too soon.

Why not Han Solo? My mom digs him.
Or a scaly beast who likes to swim,
with terrible claws, long teeth and fins.
A fight against him--nobody wins.

Could be a bird, a snake, or a girl
in a pink ruffled dress with hair that curls,
who doesn't fly light speed or shoot space blasters.
She never fixes stuff, only causes disasters.

It could be anything, you complain?
I could go on until it drives you insane?
No, no--that's the fun. Try it. You'll see.
What do you think the opposite should be?

Okay, it's you're turn. Feel free to write a couplet (two rhyming lines) or two describing who or what you think the opposite of Chewbacca is in the comment section. And I'd love to add illustrations to the post. Draw a picture then get it scanned and email it to me at angelamorrison [at] mac [dot] com! Please include a line that says, "I give Angela Morrison permission to publish my artwork online."
Posted by Angela at 9:57 AM 4 comments:

I'm judging the YA entries!